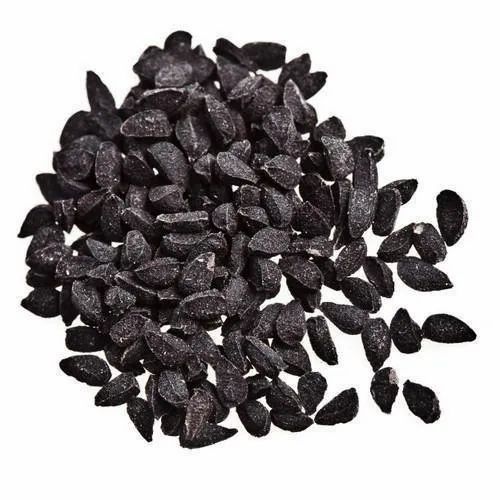 Black cumin has even been described as a "miracle herb," and its name in old Latin, "Panacea," means "cure all." Black cumin has a wide spectrum of pharmacological actions that have been supported by science. Among them:

Traditionally, black cumin has been used for immune-system support, well-being, digestive health, respiratory issues, kidney and liver support, and heart health. In Asia and the Middle East, black cumin seeds have long been used to treat asthma, bronchitis, rheumatism and other inflammatory diseases.

A tincture of the black cumin seeds has traditionally been used to treat indigestion, loss of appetite, diarrhea, parasitic infections and skin problems. An external application of black cumin oil has even been used as an antiseptic and roasted black cumin seeds as a treatment to stop vomiting.5

The most abundant active plant chemical in black cumin seeds is thymoquinone; other bioactive compounds in the black cumin seed include α-hederin, alkaloids, flavonoids, antioxidants and fatty acids. Some of the most compelling research into black cumin's health benefits is highlighted below.

Thymoquinone is known to have anti-cancer effects.6 Research published in Drug Discovery Today concluded thymoquinone has a long history of battling cancer in vitro and in vivo (in "test tube" experiments and animal studies), and modulates 9 of the 10 hallmarks of cancer.

Thymoquinone extract from black cumin appears to be effective against cancers in the blood, lung, kidney, liver, prostate, breast, cervix, colon and skin.

Oxidative stress may decrease the efficiency of pancreatic β cells, which control the production and release of insulin. As such, oxidative stress is thought to play a role in the development of diabetes

When people with diabetes consumed two grams of black cumin per day for three months, it led to reductions in fasting blood sugar and HbA1c and increased the functionality of pancreatic β cells, which suggests black cumin may be a "beneficial adjuvant therapy in type 2 diabetes."

Consumption of black cumin seeds is associated with lowering of elevated heart rate and blood pressure. Thymoquinone in black cumin seeds also may benefit endothelial dysfunction, which is involved in many cardiovascular disorders.

In those with age-related endothelial dysfunction, thymoquinone helps to recover endolethial function, in part by inhibiting oxidative stress and regulating the angiotensin system, which is involved in controlling blood pressure.

Black cumin is associated with anti-obesity effects, including reductions in body weight and waist and hip circumference, with researchers noting:

Annatto or Achiote Seed is brick-red with a slightly bitter, earthy flavor and imparts a rich yellowish-orange color in Caribbean, Latin American and Filipino cuisines. It has been dubbed the "poor man's saffron" as the color is similar to the more expensive seasoning. Available whole or ground, the small triangular shaped seeds are used as both a spice and as a natural coloring in butter, rice, smoked fish and cheeses

Organic Annatto Seeds are collected from a small tropical tree native to the Caribbean, Mexico, Central and South America Central and South American natives use the seeds to make body paint and lipstick... The heart-shaped fruit are brown or reddish brown at maturity. and are covered with .short, stiff hairs. When fully mature, the fruit splits open, exposing the numerous dark red seeds. The fruit itself is not edible, however the orange-red pulp that covers the seed is used to produce a yellow to orange food coloring

We are one of the leading Annatto seeds suppliers in India.

USES
This seed is usually used for producing food colouring and flavors . Annatto is used primarily in Latin cooking and as a natural coloring agent for cheese, rice, and vegetable dishes

HEALTH BENEFITS :
Annatto is a rich source of tocotrienols, antioxidants that are similar in structure and function to Vitamin E.