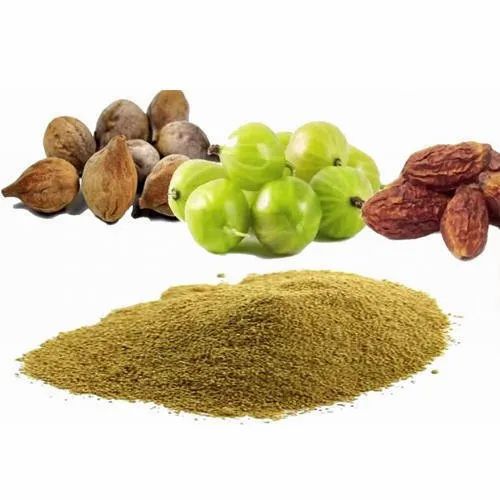 Rs 200  / KgGet Best Price
Triphala powder is a herbal concoction consists of three medicinal plants native to India.
It’s a staple in traditional Ayurvedic medicine, one of the world’s oldest medical systems that originated in India over 3,000 years ago .
Due to its many purported health benefits, Triphala has become increasingly popular around the world.
Triphala has been used in traditional Ayurvedic medicine since ancient times as a multi-purpose treatment for symptoms ranging from stomach ailments to dental cavities. It is also believed to promote longevity and overall health
It’s considered a polyherbal medicine, meaning it consists of several different medicinal herbs.
Polyherbal formulations are popularly used in Ayurvedic medicine, a traditional system that emphasizes disease prevention and health promotion.
It’s believed that combining synergistic herbs results in extra therapeutic effectiveness and is a more powerful treatment than any one component taken alone
Triphala is a mixture of the dried fruits of the following three plants native to India.